The Camper footwear company was born on the Island of Majorca, Spain, in 1975. The founder Lorenzo Fluxa comes from a family of shoemakers active on the Island since the second half of the nineteenth century. Lorenzo's idea is to create a new concept of footwear, fresh and modern, without forgetting the family craft tradition. Even today, Camper shoes are designed and developed in Inca, Mallorca: 500 models offered each year and distributed by Camper in more than 40 countries. At each season the classic models are reinvented while new original lines are launched on the market. The Camper style is casual but refined and sporty, declined from the sneaker shoe to the elegant one. Among the iconic models of the Pelotas brand, created in 1995 and since then remained timeless, with over 11 million pairs sold worldwide.

Camper Lab is the avant-garde line of Camper, the historic Spanish brand. Camper Lab identifies itself as an incubator of ideas, where design is progressive and contaminates the most disparate elements. 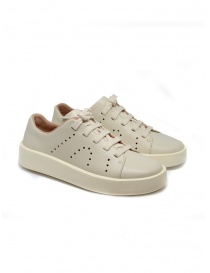 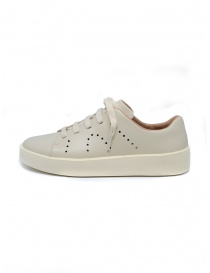 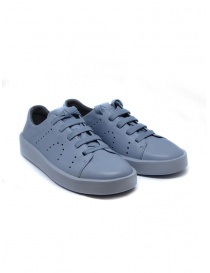 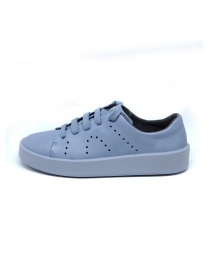 In collaboration with Michelin, the most famous tire brand in the world, Camper has made several models of shoes with Michelin rubber soles. Highly performing, well adherent to the ground and able to support the stability of the posture in all weather conditions, the Michelin Camper shoes are fashionable shoes but with a technical soul.

The Camper Rolling shoe line both in the low shoe version and in the high ankle model demonstrates Camper's ability to do research and technological development in the footwear world. Camper Rolling shoes are essential, urban and sporty. The upper is breathable, anti-abrasion and flexible, ensuring maximum freedom of movement at the foot. At the same time, the Michelin rubber sole ensures extraordinary grip. With the Rolling Campers it inaugurates a new generation of contemporary footwear.

The Camper Dub sneakers are made with technologically innovative materials and rubberized leather. The hybrid and urban design makes Dub shoes extremely comfortable and flexible. The EVA (ethylene vinyl acetate) sculpted sole is light but solid and perfectly adherent to the ground. All Camper Dub models are recommended both to those who face the chaotic city life and urban and non-urban runners every day.

The Camper Twins are a collection of Camper shoes that re-propose a historic Camper model in a modern stylistically appealing key. Seams and laces are printed, giving the Twins footwear an almost comic and playful aura. Two colors in the range: white shoe with black details and, vice versa, black shoe with white details. Camper Twins sneakers are the result of Camper Lab, Camper's creative and avant-garde laboratory.