Boris Bidjan Saberi is a menswear designer born on September 11, 1978 in Munich in Germany. Of German-Persian origins, he developed a style and a language deeply tied to the theme of dualism, to the relationship between Western tradition and Middle Eastern tradition, to clothes with or without a shape. He launched his brand in 2007 and since then he has been taking part in Paris fashion week every year. His is a functional and urban clothing, with a contemporary tailoring cut, which celebrates the encounter between two cultures, the European and the Middle Eastern. His passion for numerology and symbolism crosses and enriches his language. 11 by BBS is the name of a line launched in 2013 and which has taken on different stimuli of contemporary reality, always putting them in a dualistic, contrasting and meeting relationship: street wear, military style with ribbons and medals, Latin gangs, marine style , Japanese boron and so on. In the 11 by BBS collection the sneakers stand out, with an avant-garde design, the result of continuous experimentation both in the graphic approach and in the search for raw materials. Since 2014 Boris Bidjan Saberi is an official member of the Chambre masculine of the Federation Française de la Couture. 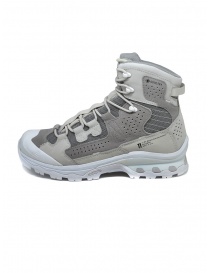 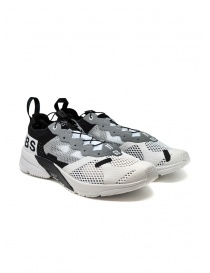 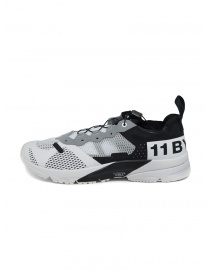 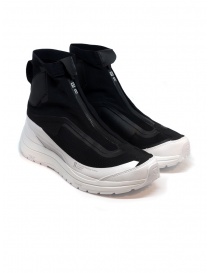 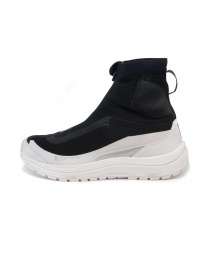